After two decades of growing student enrollments and economi

Read the following passage and mark the letter A, B, C or D on your answer sheet to indicate the correct answer to each of the questions.After two decades of growing student enrollments and economic prosperity, business schools in the United States have started to face harder times. Only Harvard’s MBA School has shown a substantial increase in enrollment in recent years. Both Princeton and Stanford have seen decreases in their enrollments. Since 1990, the number of people receiving Masters in Business Administration (MBA) degrees, has dropped about 3 percent to 75,000, and the trend of lower enrollment rates is expected to continue.There are two factors causing this decrease in students seeking an MBA degree. The first one is that many graduates of four-year colleges are finding that an MBA degree does not guarantee a plush job on Wall Street, or in other financial districts of major American cities. Many of the entry-level management jobs are going to students graduating with Master of Arts degrees in English and the humanities as well as those holding MBA degrees. Students have asked the question, “Is an MBA degree really what I need to be best prepared for getting a good job?” The second major factor has been the cutting of American payrolls and the lower number of entry-level jobs being offered. Business needs are changing, and MBA schools are struggling to meet the new demands.

Câu 1: What does the passage mainly discuss?

A. Types of graduate degrees

B. Jobs on Wall Street

D. How schools are changing to reflect the economy

Câu 2: The underlined word “one” in paragraph 2 most likely refers to

Câu 3: The underlined word “plush” in paragraph 2 is closest in meaning to which of the following?

Câu 4: Which of the following business schools has NOT shown a decrease in enrollment?

Câu 5: The underlined phrase “the trend of” in paragraph 1 could be best replaced by which of the following?

A. the extraction from

B. the advantage of

C. the movement toward

D. the drawback of

Câu 6: Which of the following descriptions most likely applies to Wall Street?

A. a center for international affairs

B. a neighborhood in New York

Câu 7: According to the passage, which of the following is a cause of declining business school enrollments?

B. low salary and foreign competition

C. lack of necessity for an MBA 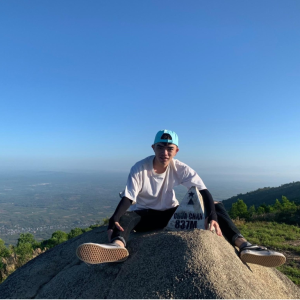